Metaverse is home to a wide variety of games, from small-scale casual games to large multiplayer online battle royale. We’ve taken the top nine most popular Metaverse games and ranked them according to their total user count. 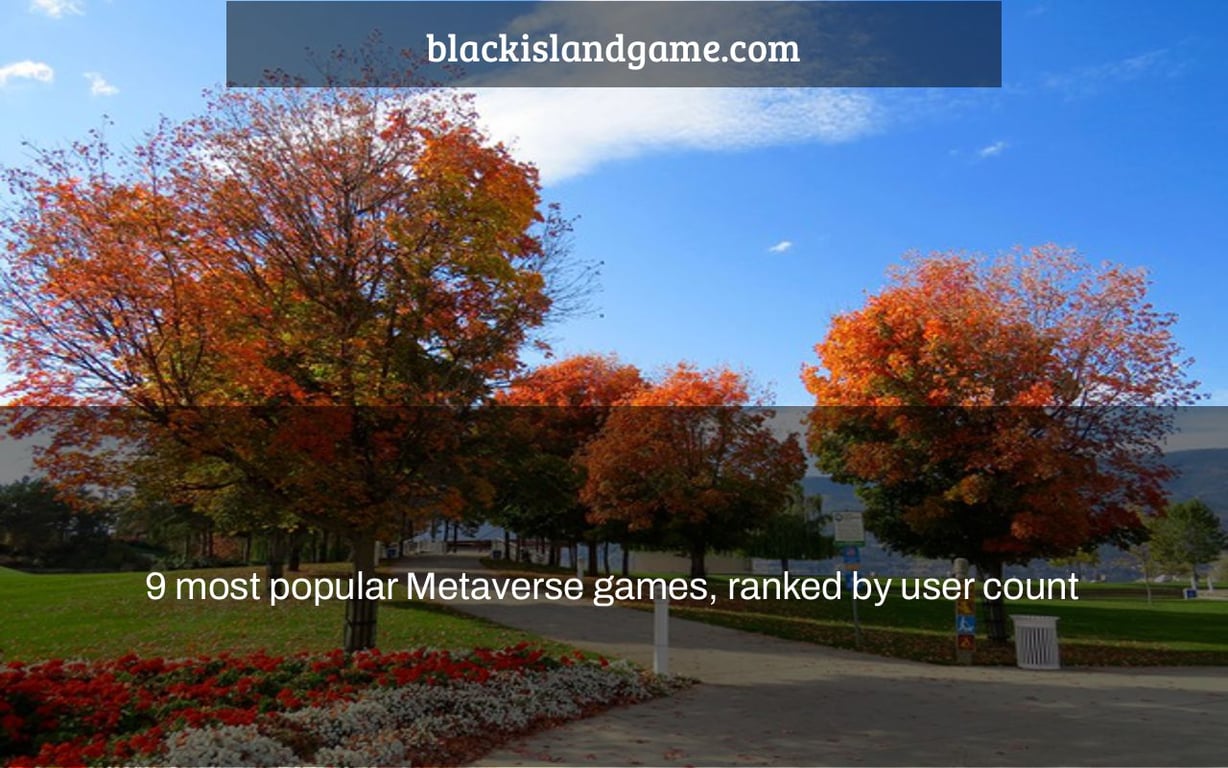 To create a pleasant and engaging reality experience, the Metaverse depends on its users, from producers to gamers. In decreasing order, below are the most popular Metaverse games by average player count, starting at the beginning of 2022. All figures are estimates based on the most current official user numbers that can be verified.

Roblox is a Metaverse game created by Roblox Corporation that strives to bring people together by providing a platform for them to interact via games. You may simply join communities and meet new friends while competing in friendly contests thanks to groups and daily tournaments.

Roblox reported 55.1 million daily active users in February 2022, according to a press release issued on March 15.

VRChat is a Metaverse game that focuses on avatars interacting socially. If you know how to work with the Unity SDK (software development toolkit) and can cooperate with or help other avatars in games, you have a lot of customization options. Chat choices are varied, and you may express yourself in a variety of ways, including body tracking and lip-sync.

3) Worlds in the Horizon

Horizon Worlds is a Metaverse game created by Meta (previously Facebook) with the goal of encouraging social connection. You may organize events and communities, construct virtual worlds, and play games with other people. It features a large community of creators that are always coming up with new activities and worlds for users to discover.

According to a report from The Verge, the number of monthly users of Horizon Worlds increased to 300,000 in February, including users from Horizon Venues. In February, the daily average users were estimated to be 10,714 gamers each day throughout the course of 28 days.

Rec Room is a Metaverse game that enables players to interact with one another while playing games or participating in activities. Rec Room is compatible with mobile devices, consoles, PCs, and virtual reality headsets. Join the Creative Community to create new costumes, activities, and events for users, and utilize the Maker Pen to create anything your mind can dream up.

Neos VR is a Metaverse game that takes pleasure in not just bringing people together in social networks, but also in offering platforms for educators and companies to engage with and bring together users. You may also create tools to aid your exploration of the Metaverse, as well as worlds and experiences for others to enjoy.

Altspace VR is a Microsoft Metaverse game that focuses on bringing people together for live events and experiences, with an emphasis on connecting players with artists, brands, and companies. While it may not have as many games as other Metaverses, there are still ways to communicate with other users via game shows and interactive content. Daily events are also available where you may meet others who share your interests.

In the previous 30 days, Altspace VR had an expected daily high of 18 participants in January 2022, 19 players in February, 19 players in March, and 21 players.

Chillout VR is a Metaverse game with no pre-determined plot or goal. To enjoy the Metaverse, you may create your avatar to appear as you like and establish your own objectives. You may engage with the worlds made by other users, go on adventures with your friends in other locales, and attend events.

In January 2022, Chillout VR had an estimated average daily high of seven players, eight in February, eight in March, and seven in the previous 30 days.

Sansar is a Metaverse game that focuses on connecting people via live events. Attend events where the musicians you want to see will be performing, and you’ll get the chance to meet them and take photos with them. You are welcome to bring your friends or make new ones since the celebration will continue after the event has ended. To keep the party rolling, you may modify your avatar and hop to new events.

In January 2022, Sansar had an estimated average daily high of five players, followed by five in February, four in March, and three in the past 30 days.

Oasis VR is a Metaverse game that promotes social interaction by immersing players in virtual social settings. You may customize your avatar’s appearance and utilize a range of facial expressions and body motions to engage with other players. You may further improve the experience by using a virtual reality headset with enhanced body tracking for more realistic expressions whether competing in friendly tournaments or cooperating in a game.

In January 2022, Oasis VR had an estimated average daily high of two players, followed by three in February, three in March, and two in April.

“Next Metaverse Game” is a term that has been coined by the gaming community. It refers to the next game from Metaverse, which will be released in 2019. The most popular games on Metaverse are ranked by user count. Reference: next metaverse game.

The 10 best Metaverse Games you can play right now

What Is The Elden Ring? All Questions Answered –