As expected, the top contenders for the prestigious title of “French Board Game of The Year” are a diverse lot: 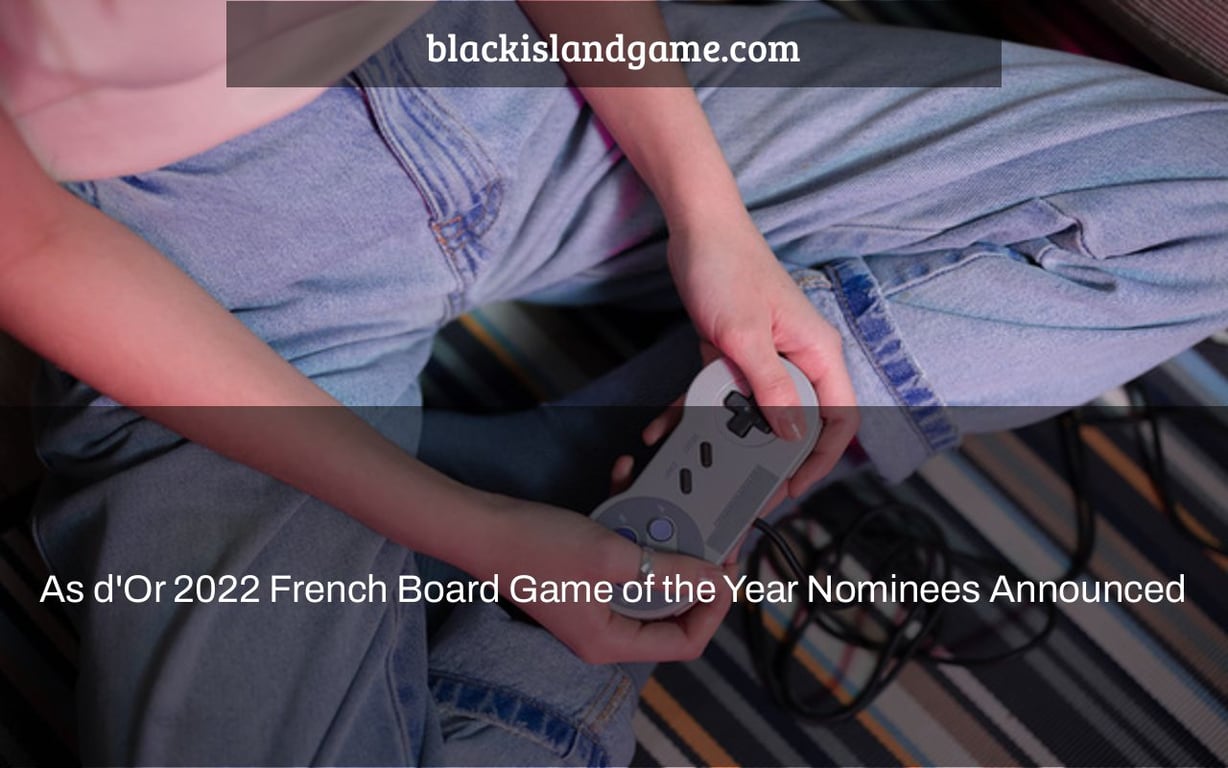 26th of January, 2022 – The nominees for the 2022 French Board Game of the Year were released this morning. The Golden Ace (As d’Or) is a gaming prize handed out by a jury at the Festival International des Jeux in Cannes, France.

The awards were first given out in 1988. From 1989 through 2003, a panel of journalists awarded “Golden Aces” to games given by their editors based on their category. The best game in any category received a special prize, the Super As d’Or. The procedure was changed in 2003 to give the jury more power. There was only one As d’Or given out, and ten candidates were revealed.

The award amalgamated with the Jeu de l’Année in 2005. The first combined award, the 2005 As d’Or Jeu de l’Année, was given out in three categories: general public/family games, experts, and children.

This year, a new category called “Beginning” (or initié) was introduced.

– 7 Wonders of the World: Architects

Build one of the seven marvels of the ancient world in 7 Wonders Architects and earn as many victory points as possible to win the game! Throughout the game, see your marvel take form and employ its benefits with each new level you build. Choose one of the three cards and apply its effect immediately on your turn. Your civilization’s riches, wealth, scientific achievements, and army will lead it to triumph. Games last roughly 25 minutes for 2–7 players.

Cartaventura is a narrative card game in which players construct an adventure using cards that provide them with various options during the game. The map cards are put in the table’s center. Players arrange action cards around the map cards, consulting one another to choose the best decision from the options available: draw a card, flip over a card, discard, and so forth. Urgent cards, which should be read completely before doing anything else, have the potential to completely shift the game. Object cards are put in front of the players and may be used at any time throughout the game. Games last roughly 45 minutes for 1–6 players.

In Happy City, you may become the mayor of your own mini-metropolis! Purchase buildings to attract inhabitants, boost their happiness, and generate revenue since you’ll need money to expand, but in the end, only your citizens’ contentment counts toward your ultimate score. To develop the happiest city in town, find the ideal balance. Each game lasts 20–30 minutes for 2–5 participants.

Enter the universe of Bubble Stories with two adventures in which you play the role of the hero! Explore new worlds by going through each card and seeing all the places you can go! Enjoy each stop along the road and find out what’s waiting for you at the conclusion of each trip. Each game lasts roughly 10 minutes for 1–2 participants.

– My First Panic Attack on a Castle

A swarm of monsters has emerged from the woods and is heading straight for your castle! Players must capture all of the creatures before they destroy the Castle. Send out your brave defenders to match the color and form of the area where a monster is attempting to capture it. But be careful! Every round, the monsters get closer to the Castle, and new monsters keep appearing. Each game lasts 20–30 minutes for 1–4 participants.

Warning! The station’s alarm has just sounded, signaling the start of a fire! Will you be able to assist the firemen in arriving in time to put out the fire and rescue the house? A cooperative game in which players must learn to play, win, and lose together. Games last roughly 15 minutes for 2–4 players.

Starting Out Nominees for the As d’Or in 2022

In Living Forest, you take on the role of a nature spirit attempting to save the forest and its sacred tree from the Onibi flames. However, you are not alone in your task, as the animal guardians have banded together to help you travel around the Circle of Spirits. They deliver you precious ingredients every turn, so attempt to combine your team of animal guardians as best as can to carry out your deeds, but be cautious since some are lonely and dislike being combined with others. The games take around 40 minutes for 2–4 participants.

Nouvelles ContRées is a cooperative game that takes you on a surreal adventure. You transform into novel explorers, making your way through the jungle of words until you discover the book’s magnificent secret meaning at its center. Players must successfully explore this city and obtain access to the book’s Hidden Meaning in order to win. Games run roughly 60 minutes for 2–6 players.

Oltréé is a story-driven cooperative game. In this game, you take on the role of Patrollers, whose duty is to safeguard the people of the old empire, explore the wilderness, build bridges between towns, hunt down and combat monsters, and locate the Emperor’s historic riches so that hope might be revived one day. Games last roughly 60 minutes for 2–4 players.

Dune: Imperium combines deck-building with worker placement in a richly themed new strategy game in which your actions will determine the Empire’s destiny. Will you seek political allies or depend on military strength to achieve your goals? Economic might or nefarious plots? A council seat…or a razor-sharp blade? The deck is shuffled. It’s all up to you. The Imperium is waiting for you. Games last 60–120 minutes for 1–2 players.

The emphasis of this game will be Nihonbashi. IKI: A Game of EDO Artisans will take you on a tour through ancient Tokyo’s famous street. Hear the sounds of the famous fish market on Nihonbashi Bridge. Meet the experts, who range in employment classification from 700 to 800. Enter the interaction between customers and merchants. Make friends with the locals. The objective of this game is to become the yearly Edoite, who best embodies the concept of “IKI.” Games last 60–90 minutes for 2–4 players.

Lost Ruins of Arnak is a game of exploration, resource management, and discovery that blends deck-building with worker placement. Cards may be used to put workers in addition to standard deck-builder effects, and additional worker actions become accessible as players explore the island. Games last between 60 and 120 minutes for 1 to 4 participants.

The “lord of the ring board game” is a board game that was released in 2003. It has been nominated for the 2022 French Board Game of the Year Award.

Path of Exile: Siege of the Atlas overhauls the endgame with an eye toward player freedom – Preview