Elden Ring is an open-world game that was released in 2016 and has continued to grow with its players. For those who have played the game, it’s no secret that there are many side quests which range from easy tasks to difficult tasks requiring a lot of time investment or luck. With this article I am going to show you how you can complete some of these side quests without having much effort!

The “elden ring latenna quest” is a side quest that can be found in the Elden Ring. The quest gives players access to an area of the map that was previously inaccessible. 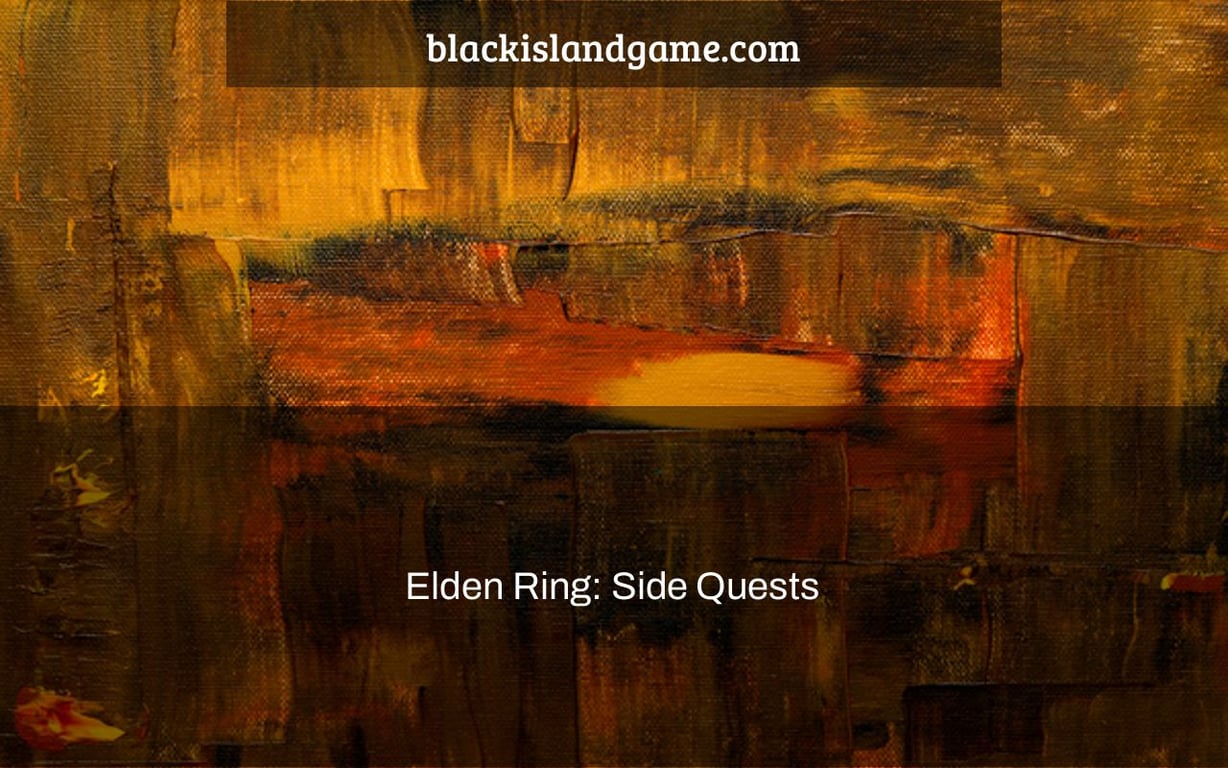 You must first locate a map of West Limgrave. You’ll need to head to the Gatefront Ruins for this. You’ll notice a pilgrim to your left as you go down the walkway from the main gate of the ruins. You must visit the pilgrim, and there is an item that you must pick up in order to acquire the west limgrave map.

All of West Limgrave’s main and minor bosses

You’re now free to search the West Limgrave for all of the bosses. The bosses’ positions are marked on the map as follows:

Godrick’s Soldier is the first boss of the game. He is also the tutorial boss and he’s pretty easy to kill. You just have to follow the tutorial kill the boss easily and you’re good to go.

You have to go inside the cave at the given location on the map. As soon as you’re in the cave you’ll face the next boss that is Farum Azula’s Beastman.

Watch Dog for the Burial Tree

The next main boss is the stormfoot catacombs that are located west of the cave where you’ve killed the Farum Azula’s Beastman. This boss is a Dog that jumps the tactic to dodge his jump attacks that you roll when he does jump attack. With this trick, you can easily counterattack him and vanish him easily.

The next boss Darriwil, the Bloodhound Knight is found at the top of the mountain of Stormhill that is right above the Beastman’s cave. There is like a prison there where you will go and you’ll be faced with Darriwil. Darriwil is a fast mobile boss, he moves really fast. So, the tactic for defeating this boss is that you attack and roll. You can use the attack and roll tactic to defeat this main boss.

Head of the Pumpkin

The next boss is the Head of the Pumpkin boss which can be found at the given location on the map. In the area where he impulsively remains to be unknown. Pumpkinhead is also a fairly fast movement boss and he does headbutts that are really damaging to health. The key tactic is also to use the roll when he’s doing the headbutts and then attack him fast as he’s given you the time after his headbutts. This way you can try and defeat the Head of the Pumpkin main boss.

Agheel, the Flying Dragon, is the next major adversary. Agheel may be found in the lake, which is shown on the map. Agheel’s mobility is enhanced by his ability to fly, and he will attack flying targets. You may utilize your Spectral steed to not only evade his assaults but also to attach him. You can beat Agheel by riding your Spectral steed and attacking him in the legs, or if you have a chance, assault him in the face. You may slay the dragon boss Agheel this manner.

The tactic for Troll of the Stonedigger is to use your spells in the fight and when he’s attacking roll from his combo attack and hit him in his legs and combo it with your spells. This way you can easily defeat him.

The location of the next box is shown on the map; however, you must go inside the dissenter’s cave to discover him. The battle will begin on the beach and continue to the dragon shrine island, where you will collect your reward after beating the monster. Because there are two bosses, you’ll have to face them both at once. Small foes will also get in the way of the big bosses’ combat. For this battle, you’ll need to defeat both the mini and major bosses.

Warden of the Graves

The next boss you will find is inside the murk water catacombs. The entrance to the catacombs is at the south at the given location of the map. The Warden of the Graves has the most complicated and long attack combo. The tactic to win this boss fight is you wait out his attack combo and then counter-attack him next. You can also use magic mixed with your attacks to get you a better chance at winning this boss fight.

The next boss location is at the entrance of the Stormhill castle. At the entrance you’ll face Margit the Fell Omen is a character in the book Margit the Fell Omen, She will also then give you access to some mini-bosses. Margit was also the final boss in the beta version. Margit is very hard to defeat in one-on-one combat. She has a lot of attack combos. The trick to winning the fight with Margit is you can summon wolves and use them with you to help you in attacks and you can also use Spells to help you in attacking. This way it will be way easier to defeat Margit rather than doing a one-on-one fight with Margit.

The next one is a mini-boss that can be found in the Stormveil castle, which is indicated on the map at the provided position. He’s a cinch to beat. You’ll get a rusted key if you vanquish the boss. Which may be utilized to advance through the game.

Guardian of the Lion

The “elden ring hyetta quest” is a side quest that can be found in the Elden Ring game. The objective of the quest is to find and kill Hyetta, who has been stealing from the locals.

Are there quests in Elden ring?

A: There are no quests in Elden Ring.

How much does Elden ring cost?

A: The price of the Elden ring is not known.

When was Elden ring announced?

A: Elden ring was announced for release in the future.