Roblox is a popular online platform for creative people to design, develop and publish their own games. With over 100 million players worldwide, Roblox has also become a hub of all kinds of different gaming experiences with friends or strangers around the world.
This article lists ten great third person shooters that are available on Roblox right now so you can take your time to explore them all! 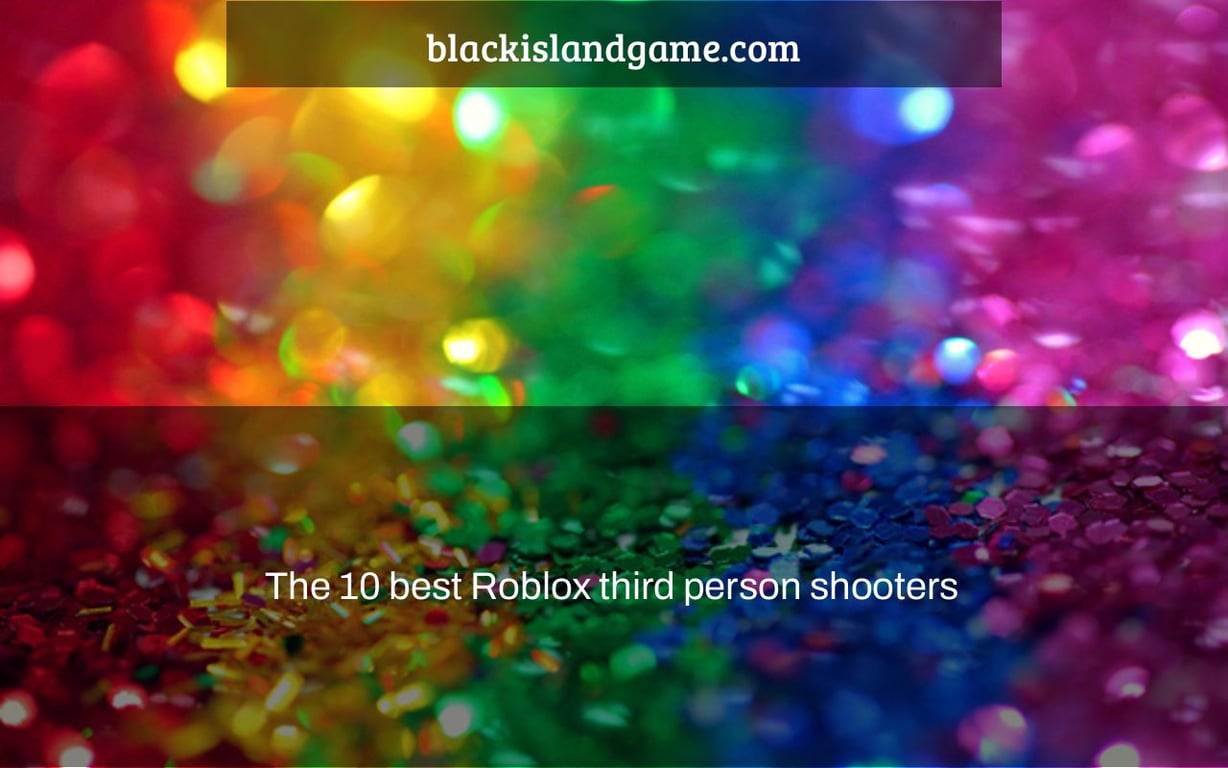 Those who want superb third-person shooters will have a difficult time finding one on Roblox. The sub genre isn’t lacking in quality, but the platform’s Discover page tends to overwhelm it with a majority of first-person games. So, to spare you hours of searching, we’ve compiled a list of ten third-person shooters worth checking out.

One of the more simplistic, yet addicting shooters you should jump into is Battleship Combat. In a battle set out at sea, two teams are challenged with destroying the other’s ship before their own sinks. However, the game’s biggest draw is that players will have to earn eliminations and points in order to obtain more damaging weapons and even bare essentials, like grenades and a mini-map.

Bed Wars may not be the most popular sci-fi shooter on the platform, with over 3.4 billion page views and hundreds of concurrent gamers. The game has a variety of modes, but the most popular is a Deathmatch mode that uses Minecraft-inspired principles to lead you to a plethora of weaponry. New Battle Passes and cosmetics are added to the game on a regular basis, allowing you to advance.

The lone third-person shooter that is bound to appear on the Discover page everyday is Warriors in Arms. Despite debuting in 2019, the game has recently skyrocketed in popularity with it now carrying over 75 million page visits. It revolves around a Free-For-All mode in which players will need to fight their way to better weapons, Emotes, and elimination effects. Though, there’s also an option to join a clan, allowing you to team up with friends and make the grind much easier.

Criminality is one of the platform’s newest shooters. Players are tasked with parading about the game’s massive map and assaulting other players for extra cash and weaponry. It may seem easy, but those who have the most money in a lobby can expect to be surrounded by a large number of other players. Criminality, fortunately, allows you to bring pals for increased security and a less stressful encounter.

Looking for a battle royale but with Roblox’s classic character design? You may want to turn your attention to The Royale Island. The title bears squad and solo matches, round-based team fights, and of course, building mechanics that are relatively easy to master. However, unlike other royales, the game even allows players to unlock skins, hats, and gliders just by performing well and earning its dedicated currency.

Without a doubt, Roblox’s Jailbreak has rebranded itself as the platform’s Grand Theft Auto. As the title indicates, players may take on the role of convicts attempting to escape a vast jail while being watched over by player-controlled police. Its map, however, is far bigger than you may assume. There are more than five identified destinations to explore, including a racetrack, volcano, and city. Those who excel in their roles may then save up enough money to buy new automobiles, guns, and other essential items.

Although you won’t find a Battle Pass or a variety of game modes inside, Naval Combat is a high-adrenaline Simulator of War that pits two teams against each other in open seas. However, compared to Battleship Combat, players can expect to get into heated fire fights on various islands, freighters, and bases. Additionally, each match can take just a little more than an hour, making each battle won highly rewarding.

Those hunting for a third-person shooter that allows you and your friends to go head-to-head should certainly give Military General a chance. The title is centered around having players essentially rebuild an entire country’s army while also having to defend against over 40 others. The more damage done and progress made to your base can eventually lead to you owning numerous planes, AI soldiers, and one gigantic base.

Most Roblox games seem to have bland color palettes and uninspired designs, making them almost indistinguishable. Strucid is a combat royale that stands out with unique character and skin designs, as well as a vibrant environment with a variety of areas to explore. It is also one of the few games that enables players to gain cosmetics just by playing the game. If you’ve had your fill of combat royales, Strucid also has Free-For-All and Team Zone modes.

We cannot recommend Simulator of War enough for its original gameplay formula. The game works as a shooter with linear levels set in various wars throughout history. It only lends cooperative multiplayer, but you will certainly need some friends to prevail against each stage’s ruthless AI opponents. It also comes packaged with a currency system that gifts dozens of cosmetics and weapons for those capable of taking out all enemies on a given battlefield.