Legacy of Kain is a series that has been around for nearly twenty years now, and there are still no signs of it slowing down. The team behind the game Soul Reaver 2 even took elements from Legacy of Kain to make their own franchise called Blood Omen: Legacy of Kain. With games like these being released so often you can be sure that this series will live on forever in some form or another.

The “blood omen heart of darkness spirit forge” is a project that is a love letter to the entire Legacy of Kain series. It features all the characters, locations and weapons from the series. The game also has an interesting story that takes place in between blood omen 2 and 3. 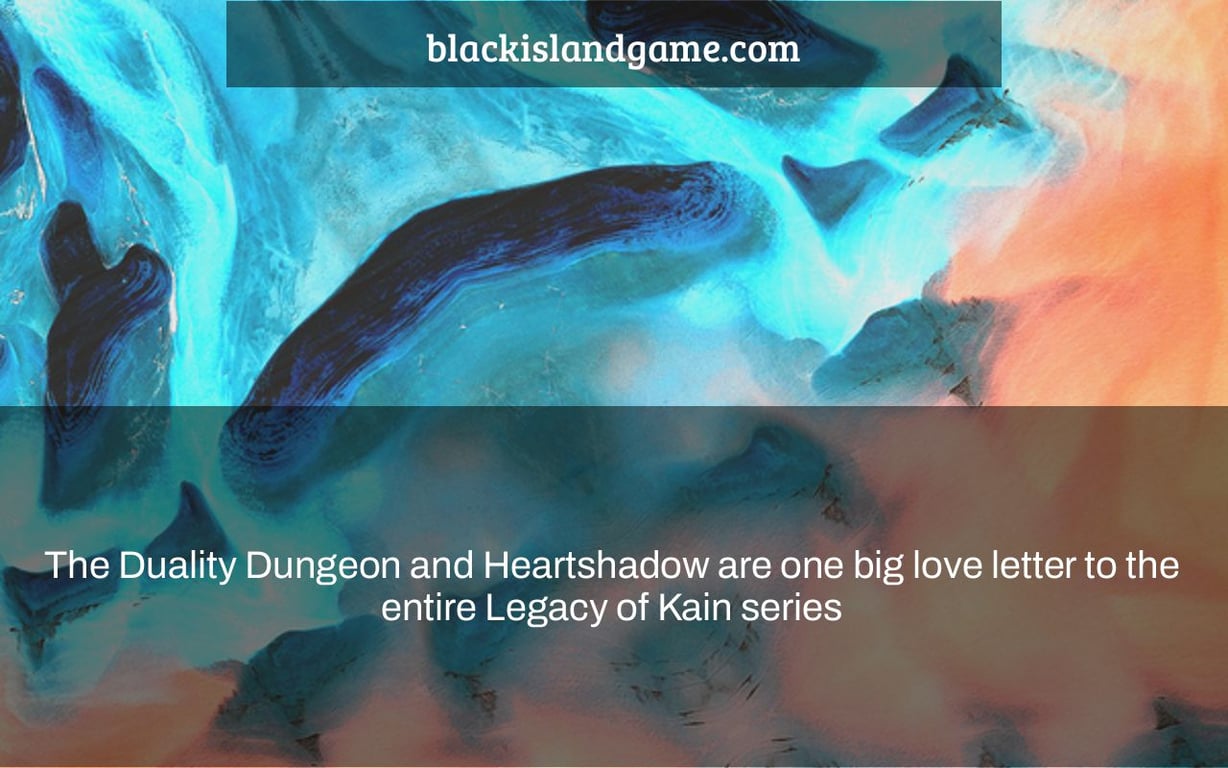 The Heartshadow’s general design and backstory blurb are obvious examples, but it goes far deeper than that. And I just adore it.

The Soul Reaver Sword (together with the Wraith armor, which might be a homage to this season’s seasonal armor set) is obtained inside the Avernus Cathedral in Legacy of Kain Blood Omen. It is the game’s most powerful weapon and goes on to become a vital part of the series’ narrative.

The flavor text “Suffering to the Conquered” is almost too on the nose for the Soul Reaver, and Heartshadow is a dead ringer for the Soul Reaver. The whole dungeon system of switching between the Nightmare World and the Real World is now an obvious allusion to Raziel from Legacy of Kain: Soul Reaver.

The dungeon itself is more of a nod to the Soul Reaver games than it is to the Blood Omen games. Perhaps a smidgeon of Blood Omen 1?

I’m sure there’s more I’m missing But being a lifelong lover of the Legacy of Kain series and a die-hard Destiny player, I thought this nonsense was fantastic.

For the game Destiny 2, write “The Duality Dungeon and Heartshadow are one giant love letter to the whole Legacy of Kain series.”

The “destiny crucible” is a game that was made by the team at Bungie, who also created the original Destiny. The game has been described as being a love letter to the entire Legacy of Kain series.