ArenaNet released a new expansion to the Guild Wars 2 game called “Heart of Thorns”. This guide contains information on every specialization. 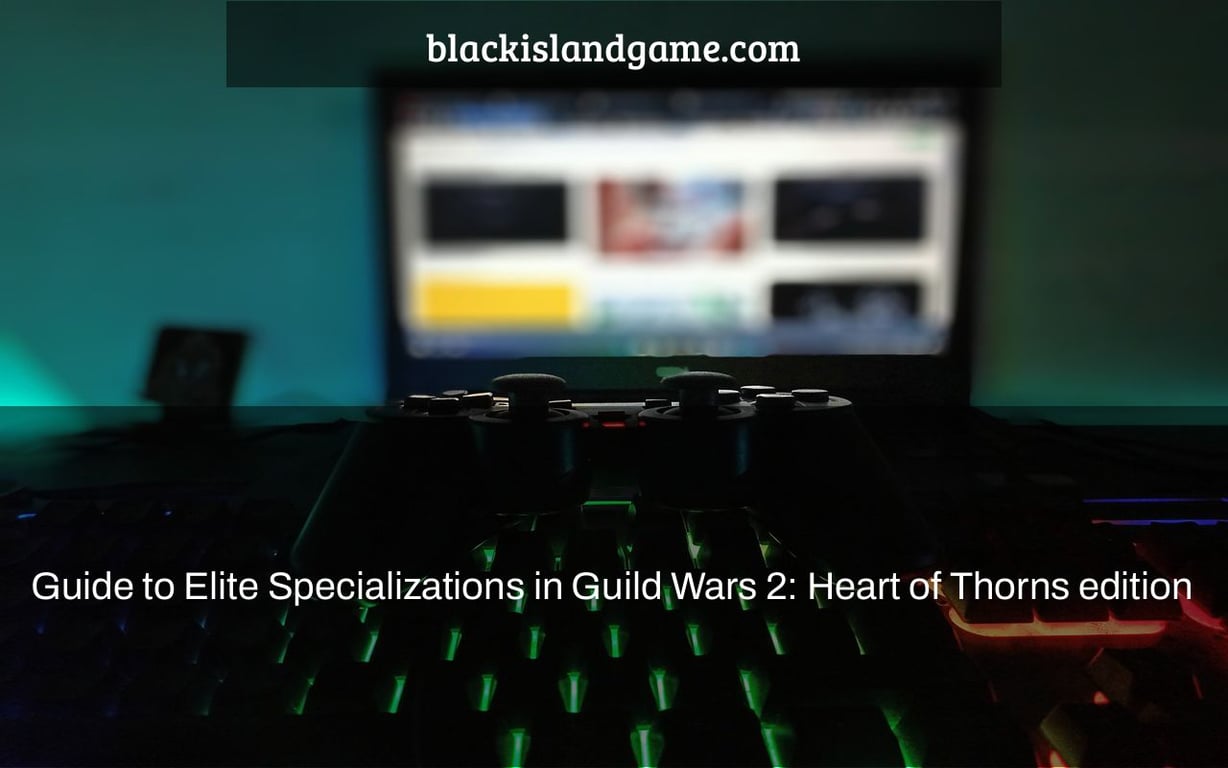 The next Guild Wars 2 expansion End of Dragons will include the game’s most recent set of Elite Specializations. It’s difficult to estimate how much they’ll be utilized before launch, but one thing is certain: the earlier Specializations are now in the game’s Meta. All of them were first introduced in the Heart of Thorns expansion.

When a Warrior obtains access to flames and a bad attitude, he becomes a Berserker. They get the power to escape stuns, toss boulders, throw people, and wreck the battlefield by entering a berserk phase that replaces their typical burst abilities. The Berserker class, like any other, may be played in any manner, shape, or form, yet it is still one of the best Raid classes to utilize.

Mesmers have always been frustratingly flexible classes, with their clones and teleports and overall perplexity, but the Chronomancer Elite Specialization has pushed it to a new level. Mesmers are now twice as irritating as before, with the ability to improve quickness and alacrity, putting talents on a significantly shorter cooldown. They may now employ the Continuum Split shatter talent in combat as well, now that they have a shield. Their major source of power is wells with varied effects, which make them excellent buffers and supports in Strikes and Raids.

With the Daredevil, you may embrace your twirling staff, kung-fu battling, and unlimited dodge fantasies. The Daredevil is a dangerous force that takes the quick-footed Thief and gives them a lot more dodges and the ability to backflip from danger. The Daredevil and its crew are never difficult to spot in PvP or WvW circumstances, since they have stronger physical talents and the capacity to single-handedly increase the length of a battle. They’re also fantastic for exploring the Open World, and the Thief class is popular for Raids and Strikes.

The Guardian transforms into a more ferocious version of a Ranger. The Dragonhunter is more than a little bit scary, since he grants them access to a longbow, trap abilities, and a lot of fire. The Dragonhunter is part-death, part-savior, with the power to bind opponents in place, drag them towards you, or use Wings of Resolve to leap at your teammates and heal them like a fiery angel. Their major usefulness, however, is in their traps, which trigger once entered and may inflict a variety of damage and ailments on adversaries, keeping them at bay. Beyond their DPS purpose, Dragonhunters aren’t as popular in Raids, Strikes, or PvP, but they’re fantastic in the Open World.

The Ranger is recognized for their range, whereas the Druid is famed for his staff. The Druid, who can channel astral powers to adopt a Celestial Avatar, focuses less on their pet and owner talents and more on unleashing true cosmic energy onto the earth. In addition, the Druid is a natural healer who can condition lock opponents and heal friends when required, making them very helpful in Raids, Strikes, and the Open World.

The power to channel the Dragon Glint is granted to the Revenant. The Herald gains the ability to adopt Dragon Stance by becoming a shield-wielding boon giver. They thrive in PvP settings against classes like Necromancers since they can remove boons, cleanse conditions, and transfer conditions. The latter tries to suffocate you with as many conditions as they can. They’re also well-suited to fight in the open world, as well as several Raid and Strike scenarios.

Reaper is a terrible beast that grants the Necromancer the power to wield a greatsword and freeze adversaries in place. Employing shouts and the greatsword to close in on their adversaries while using a Reaper’s Shroud to do large amounts of damage while preserving their own HP pool. The Reaper is an excellent pick for practically every facet of Guild Wars 2, but especially in the Open World.

Giving the Engineer a hammer is ideal, and now that they have Gyros to revive and kill adversaries from afar, the Scrapper can concentrate more on swinging that hammer. Additionally, the Scrapper may tank more while allowing their Gyros do the majority of the job thanks to numerous stuns, reflections, and other circumstances. The Scrapper remains a great pick as a healer in Raids and Strikes, as well as a competent member of WvW teams, with usage throughout the game.

The Elementalist has access to a warhorn and yells as part of their Elite Specialization, which is all about overloading. The Tempest may perform numerous overload abilities, ranging from healing to devastating, after six seconds of being attuned to an element. The Tempest is a powerful ally blessing that may be found in Raids, Strikes, and the Open World.

The “guild wars 2 class guide” is a guide to all the Elite Specializations in Guild Wars 2: Heart of Thorns edition. The guide includes information on how to unlock each specialization, as well as what benefits they give you.

How do you unlock elite specializations in gw2?

A: The ability to unlock Elite Specializations comes with the completion of a number of different quests, so it is not something that can be unlocked without doing some work first.

What level do you unlock elite specializations gw2?

A: The Elite Specializations unlock at level 276.

How do you get Reaper specialization gw2?

A: To get Reaper specialization, you need to kill 3 Reapers in any order. Once you have gained the achievement/trophy for killing three of them, it will unlock your specialization.