This week’s Young Justice: Season 4 episode, “Ego and Superego,” is a compelling look at the psyche of Superboy as he grapples with his own identity in an effort to prevent himself from becoming like Eclipso.

“Young Justice” is an American animated television series that was created by Brandon Vietti and Greg Weisman. “Young Justice” follows the lives of a team of teenage superheroes known as the Team. The show has been met with critical acclaim, and has won several awards. 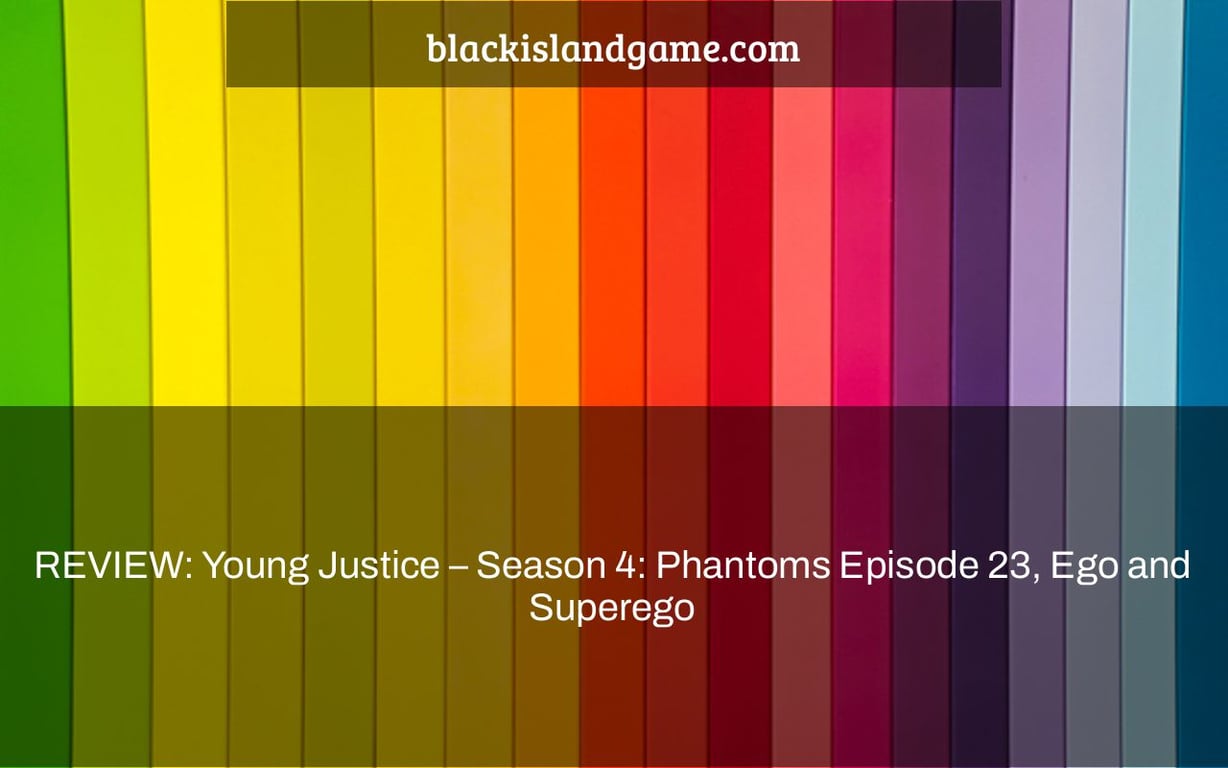 In “Ego and Superego,” a young metahuman is besieged by people who seek to eradicate his kind. Brion and his Infinitors rescue him just in time, although one escapes and is revealed to be Brion’s friend, Everyman, in disguise. Meanwhile, Harper assists Violet in settling into her dorm and extends an invitation to be more than pals. Phantom Girl ultimately tells Conner who she is and how they got into the Phantom Zone in the Phantom Zone. She believes the Zone serves as a barrier between Mars and Bgtzl, her home dimension, where she attempted to transport him. She wants to send him back to Mars, but he refuses, preferring to remain and serve Zod instead. Back on Earth, Nightwing and his companions track down the bus, but it’s been junked and won’t help them locate Conner. Brion talks with his advisers in Markovia as Lizard Johnny, the kid spared by the Infinitors, is plied with propaganda and affection. Violet, Cyborg, Garfield, and others chat to Black Canary about their problems during a Justice League youth meeting. Phantom Girl informs Conner about Zod’s troubled background in the Zone. When General Zod and Ursa return, he informs them that Phantom Girl has awakened against her will. To frighten a government official out of Markovia, Brion’s Infinitors threaten him. Garfield received an emotional support corgi, which seemed to be helping him cope with his sadness. Phantom Girl escapes the Zone, returning to Mars with the anguish of her burnt hand. Violet returns to Markovia when Brion fails to respond to her messages. She flees because he refuses to depart with her and she refuses to accept his proposal. In return for Nightwing’s automobile and a bag of snacks, Zatanna’s trogowogs reconstruct the bus. Dick doesn’t want to get his hopes up until Conner is discovered alive, so Tigress proposes they call M’gann.

It’s great to see Brion once again. His role in Outsiders has sparked considerable debate, but I like him. Despite his riches and political authority as King of Markovia, he is a pampered, fragile young man who is easily manipulated. I enjoyed him and Violet together in Outsiders, and I hoped they’d reconcile, but that doesn’t seem to be the story’s direction. Brion will be redeemed, I believe, and will reject the ideals Helga Jace and Markovia’s emissary are attempting to sell him. However, it seems like Violet will be paired with Harper, and I can’t imagine any current show’s writers passing up an LGBTQ chance to reunite a prior hetero love. I don’t remember Harper well, so I’m not sure how I feel about her and Violet together; this is merely symbolic of my own desire to go back and rewatch the earlier seasons when Phantoms concludes.

The super therapy session is one of my favorite themes in “Ego and Superego.” I’ve grown to appreciate pop culture investigations of mental health. It’s really simply encouraging to see Beast Boy make significant improvement, and his friendship with his dog is priceless. I’m an animal lover, so the idea of him transforming into a corgi to play with his dog amuses me. Violet’s perplexity regarding Brion and Harper in this scenario is natural, and Tara’s knowledge of who Violet was referring to amused me. I’ve been Violet in a scenario where everyone else could see what was going on in my life, yet I was still caught off guard. Victor’s short remarks about his connection with his father and his attempt to impart the knowledge he’s gained from it to Violet were amusing. This entire scene was very wholesome, even if Black Canary had to come back and tell them not to tell Violet what to do. They weren’t doing that, as far as I could tell; they were just comparing Violet’s experiences to their own. By the way, I like the animation in the Markovian propaganda videos that feature Lizard Johnny. It resembles animated DC series from the 1990s and early 2000s. While Young Justice is known for its own unique flair, I like references like this and Beast Boy’s nightmare about the Doom Patrol in Outsiders.

There’s no latent sexual tension among Nightwing’s squad in “Ego and Superego,” thank heavens! In last week’s excursion, I found that unpleasant and unwanted. I truly wish we could have spent more time with the core team this week, since this season has been mostly about them, and this is the end of their particular adventures. For example, Zatanna’s trogowogs repairing the bus seemed to be much too simple. This was hinted throughout her storyline, but there was no buildup in this one, and they executed it right away. In an arc that is meant to be about him, Nightwing also doesn’t seem very active. I’m more interested in Conner in general, although a little balance would be nice.

Overall, I really liked “Ego and Superego.” I would have preferred a better distribution of screen time for the characters, but there is no unpleasant tension between the heroes. The humor and tragedy are well-balanced, and I’m looking forward to the conclusion of Conner’s incarceration.

Overall, I really liked “Ego and Superego.” I would have preferred a better distribution of screen time for the characters, but there is no unpleasant tension between the heroes. The humor and tragedy are well-balanced, and I’m looking forward to the conclusion of Conner’s incarceration.