A new RPG from Elden Ring with a unique first-person perspective and gameplay. This is why you’re glowing in the dark! Let’s get into it!. 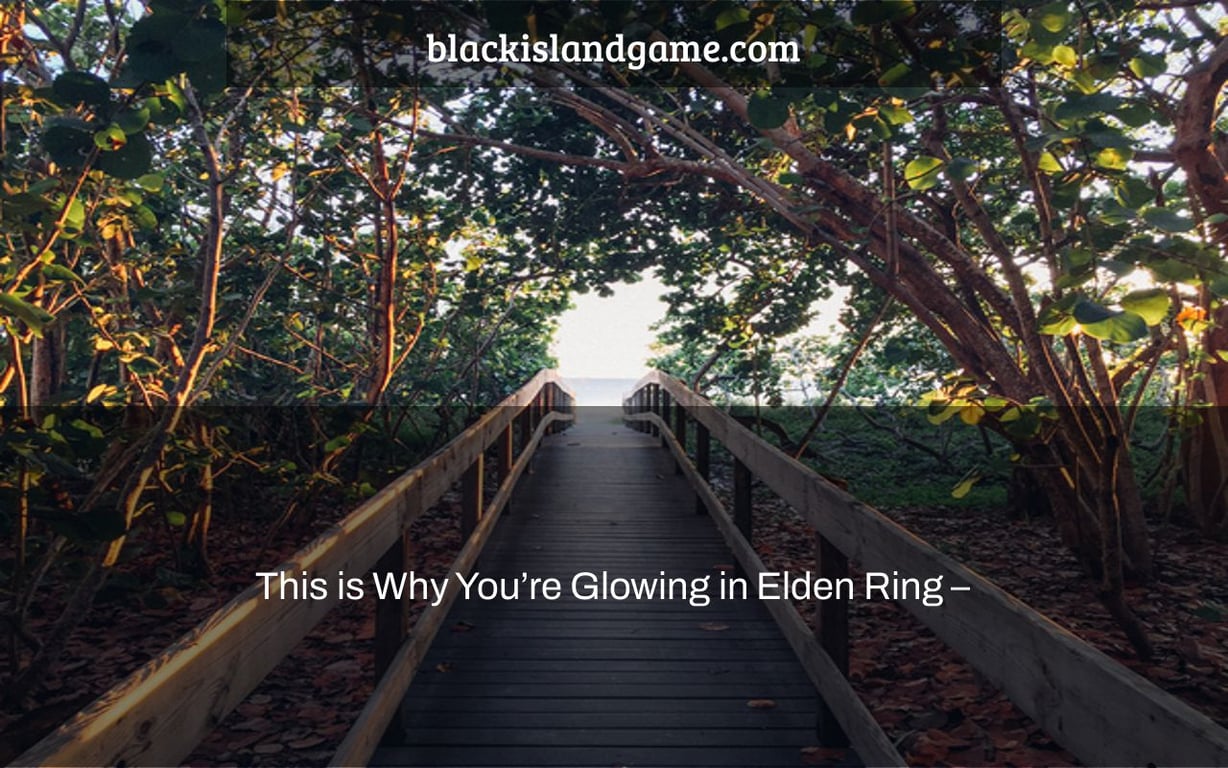 Elden Ring, like a FromSoftware game, has a plethora of features and phenomena to investigate. While the majority of them are straightforward to understand and appreciate, some of them seem to be illogical at first look.

To maintain a healthy advancement speed throughout the game, you must have a clear indicator of what is happening and why it is happening. As a result, it is preferable to resolve your doubts and worries before embarking on your death march.

A golden light may have appeared surrounding your character. This is a boon that raises the overall quantity of runes dropped when foes are killed. This boost is obtained by fallen Erdtree leaves and will expire after a specific amount of time.

But there’s a lot more to it than that. This post will go through this particular buff in great depth so that you can get the most out of it.

What is the Erdtree Buff and where can I get one?

If you stand near to or beneath the falling Erdtree leaves, the bonus will be instantly transferred to your character. Until the boost ends, you earn a 17 percent extra rune from all opponents. While this may seem to be a very useful boost for farming, it will only last for a short time.

Elden Ring has a massive glowing tree that gets its energy from the Elden Ring. This tree used to throw a broad area buff that engulfed the land’s people in a golden region until the ring was shattered.

Related: Elden Ring’s Best Build for the Sword of Night and Flame

Its efficacy has been drastically diminished since then, to the point that you can only get buffs and debuffs underneath it.

What does Erdtree Avatar entail?

There is an Erdtree-related optional boss. The monster resembles a tree stump, and it wields a big mace. It is designed to protect the Minor Erdtrees, each of which may drop Flask-related materials.

By beating the avatar while under the golden-yellowish buff, you may harvest a lot of resources. However, it is not advised in the early stages of the game due to the difficulty of fighting the monster.

What is the Best Way to Begin the Buff?

Regrettably, the golden color boost seems to be a one-time occurrence. By standing about the Erdtree region, you may wait for the buff to appear. It will begin dropping a large number of gold leaves around your character once it is activated.

This will take around a minute, after which your character will be unveiled as a blazing gold. The Erdtree’s leaf bonus will appear as a golden gauntlet beneath your status bar, showing that you have successfully acquired it.

Finally, that’s all there is to the weird light that envelops your character. If you’re deliberately seeking to harvest souls, it may be advantageous. It is, however, unworthy of revolving your gameplay around.

With that said, it does improve your soul drop profits by 17%, so give it a go if you come into this problem. After a short time, the buff will shed on its own.

What Gambling Site Does DeuceAce Play On?