As of today, Nintendo is the most successful gaming company in history. This article explores a potential successor for the Switch that would guarantee continued success into the foreseeable future and be able to support more customers than its predecessor.

The “nintendo switch 2” is a concept for a successor of the Nintendo Switch. The device will have better battery life, and be much more powerful than its predecessor. 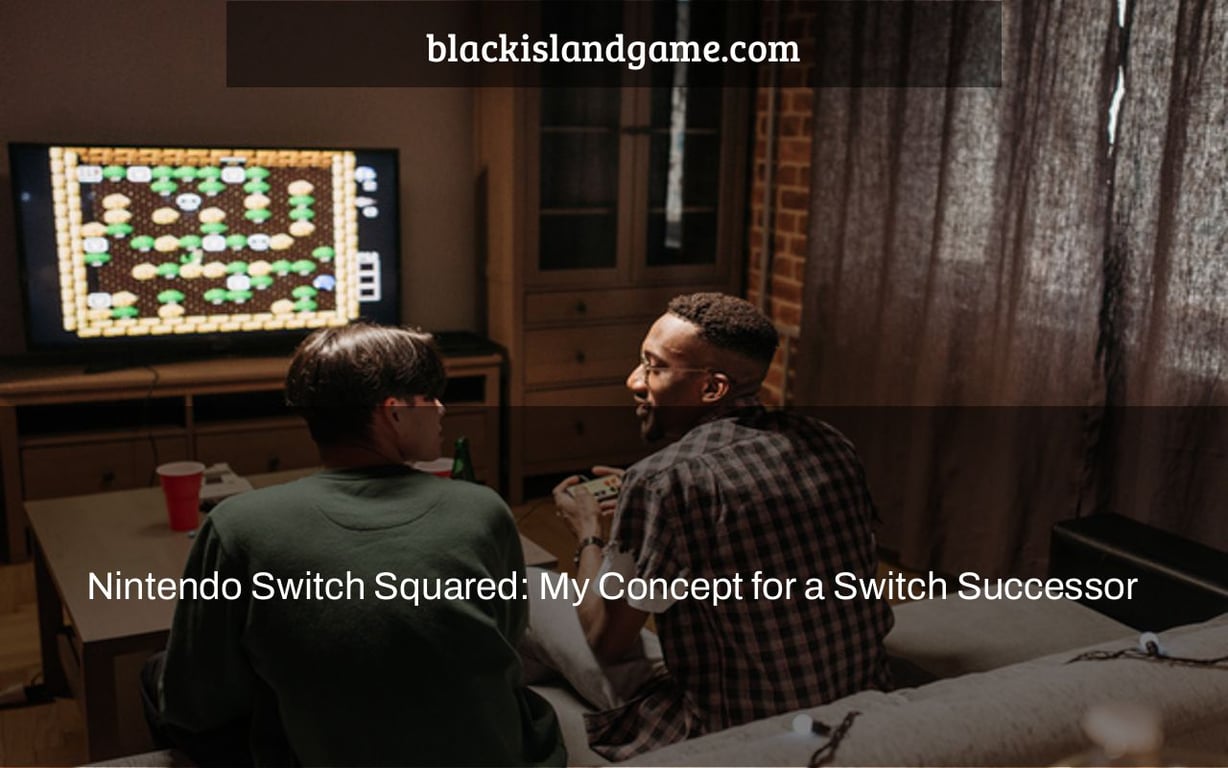 When people speak about a Switch successor, they typically want something that is similar to the Switch but more powerful. I chose a different path, keeping the finest aspects of the Switch but innovating in the most Nintendo manner imaginable. Nintendo has already experimented with technology, so expect new gameplay ideas and innovation. It’s what I call it:

I’m a terrible artist, but this is how the idea would appear. (The first picture depicts the existing Switch design, while the second depicts my Switch Squared idea.)

Swap Squares may now “switch” with each other, which will be the key gimmick (as well as their dock and Joy-Cons). Each Switch Square features a 1080p screen and its own Tegra X1+ processor (or whatever inexpensive chip is available at the time). (Each Switch Square is somewhat more powerful than a conventional 2017 Switch, but when two of them are joined, they become twice as strong.)

Despite the fact that each Switch Square will feature an obsolete SoC, Nintendo will use DLSS or some other clever Nvidia technique to boost graphics power when numerous SoCs are used together.

https://www.nvidia.com/en-us/data-center/nvlink/ is an enhanced version of this:

Combining up to 16 Switch Squares opens you a world of new gaming possibilities. (For example, in Super Mario Party, the tank minigame needed two Switches.)

“Board Game Mode” involves connecting up to 16 Switch Squares in odd patterns.

(Like the Super Mario Party tank mini game, the Switch Squares don’t have to be joined all the way together, so you can build any forms you like.)

Some of these “Board Game Mode” gameplay ideas include creating your own Mario Party board, top down Zelda dungeon, a top down Pokemon overworld, Mario Maker level, Metroid dungeon, creating your own spins on Clubhouse Games games, top-down Mario Kart track (like the original top-down GTA games), top-down Luigi’s Mansion, a sprawling Super Smash Bros stage, some new Nintendo IP like their take on Dungeons & Dragons or Warhammer 40K, or Tomodachi Life, Nintendogs, or Animal Crossing done in the style of the 2005 Radica Cube World toy where your Mii, Nintendog, or Villager can visit each other’s Switch Squares.

Imagine this, but in flat, full-color HD, with no bezels, and with interactive elements.

Supported arcade games, such as the original Donkey Kong, may also be played vertically.

The male ends of a Switch Square will also fit into the female ends of a 2017 Switch or 2021 Switch OLED. (However, due to the bezels on some models, the impact won’t be as strong.)

The base package costs $299 and includes a dock, two Switch Squares, two Joy-Cons (one male and one female), and the launch game “Nintendo Land Squared.”

For $199, you can get one Switch Square and two Joy-Cons separately.

For $149, you may be able to acquire a Switch Square without Joy-Cons or a dock.

Because the basic package includes two Switch Squares (or screens), they’ll include DS and 3DS titles in the “Nintendo Switch Online Expansion Pack Squared,” which will result in a significant price rise.

What are your thoughts? Do you believe the technology exists to pull this off? Is it possible that Nintendo will go in this path, or am I completely insane?

The “nintendo switch games” is a concept for a successor to the Nintendo Switch. The idea of this device is that it would be more powerful than the Switch, but still have the portability of the Switch.

What will be the successor to the Nintendo Switch?

Is there going to be a Switch 2?

A: Not at the moment, but if there is some fortunate news I will let you know.

Is it worth buying a Nintendo Switch in 2021?

A: In my opinion, yes. The switch is already a great console and its only going to get better over time as more games are released for the system.

There Can Be Only One Platform? – Microsoft Acquired Blizzard, But What About Their Games and Platforms?