The Parents TV Council have denounced Disney+’s attempt to stream mature content such as Daredevil and The Punisher. This is due to the fact that these shows could be viewed by children, which would cause potential harm. They also point out that this is not a new issue- Netflix has faced similar complaints in terms of streaming quality TV programs with adult themes., 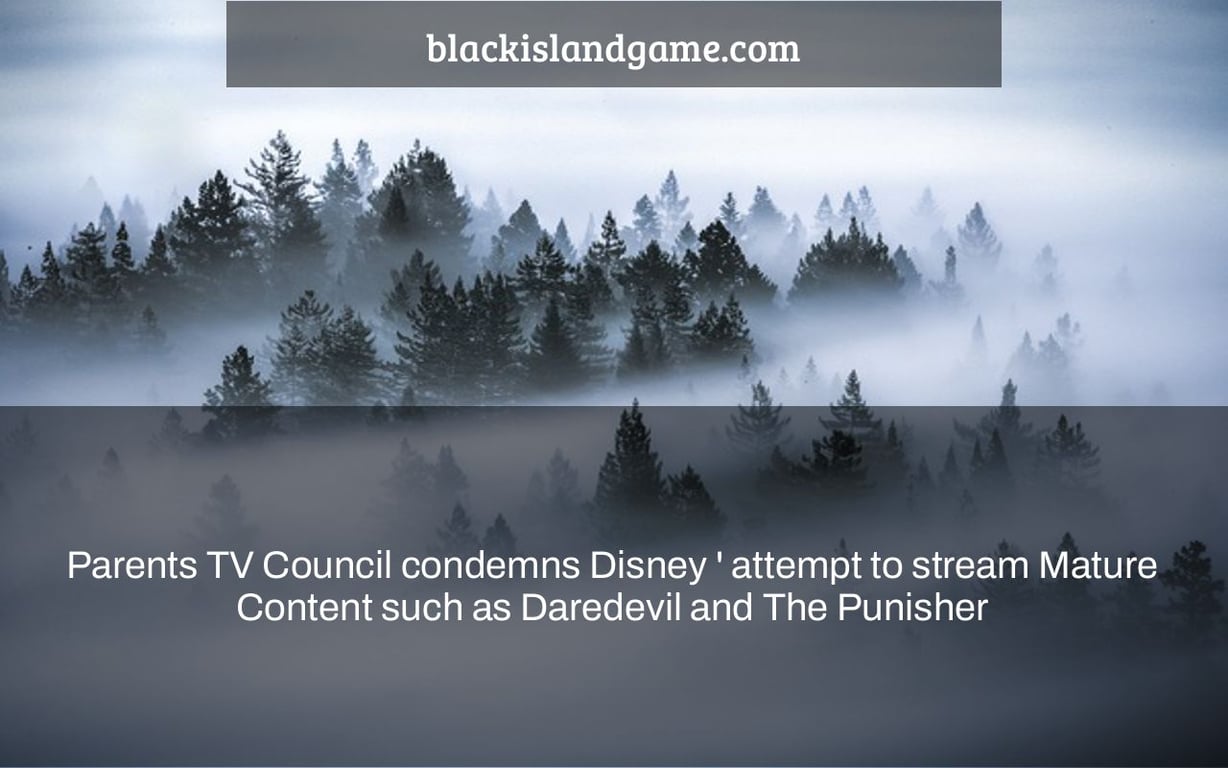 Before Daredevil, The Punisher, and other Netflix-produced Marvel TV programs premiere on March 16, 2022, the Parents Television and Media Council (PTC) has already denounced Disney+. All six programs in the Defenders world (Daredevil, Jessica Jones, The Punisher, Luke Cage, Iron Fist, and The Defenders) feature Mature Audiences Only material, making them inappropriate for youngsters. Last week, PTC called HBO’s Euphoria “grossly irresponsible” for its explicit depictions of nudity, drug use, and child abuse. They have the same feelings towards Defenders.

Because of its family-friendly appeal, Disney+ previously had no material classified higher than PG-13; this is their first effort at streaming more adult entertainment. The PTC recently warned Disney+ against using TV-MA, claiming that it would “damage your brand.” In a statement, Tim Winter, president of the PTC, addressed the streaming company:

“I can think of no other company in American history that has been founded more solidly on the backs – and wallets – of parents and families than the Walt Disney Company, which has been associated with the term Family Friendly for more than 98 years. Disney+, the company’s namesake streaming service, understandably promoted itself as a family-friendly service, and parents have put their faith in Disney to deliver on that promise. The addition of TV-MA and R-rated programs to Disney+, allegedly to enhance subscriber revenue, seems to be extremely ‘off-brand.’ So what’s next, live striptease performances at Disney World’s Fantasyland?”

The PTC is enraged with Disney, but this was uncalled for. Winter is hoping that by making this change, they would be able to boost their subscription base. He goes on to say that if Disney distributes sexual material like other streaming sites, it would sully its illustrious history.

“While we congratulate Disney+ for enhancing parental restrictions, the sheer appearance of MA- and R-rated material betrays families’ confidence and may cause them to unsubscribe altogether.” Disney+ does not need to compete with other streaming services’ adult material. With the safest streaming platform available for families, Disney already has a competitive edge. Its venture into TV-MA-rated entertainment will ruin its family-friendly reputation permanently.”

It is up to Disney+ to implement tougher parental restrictions, but the PTC seems to have underestimated the streamer’s intentions.

Disney purchased the rights to Netflix’s Marvelverse in 2020, renaming it Defenders Universe, while the programs themselves are still available on Netflix. Daredevil, Jessica Jones, and the others will be accessible to watch on Disney+ after March 1. In addition, Disney+ will launch Deadpool, Punisher, Blade, and more Marvel characters who were previously deemed too violent for the site.

As a result, compared to rivals like HBO Max’s Peacemaker, the Defenders series are severely limited in terms of brutality and nuance. At the very least, it provides additional opportunities for parents to express their dissatisfaction.

Agents of S.H.I.E.L.D. from ABC, as well as all previous Netflix series, will premiere on Disney+ in the United States on March 16, 2022.

MovieWeb is the source for this information.

Netflix Has No Plans Yet for an Ad-Supported Tier