The House of the Dead: Remake is a rail shooter video game developed by SEGA. The remake was released on December 12th, 2018 and has been critically acclaimed for its revamped mechanics while still retaining the classic gameplay as well as story arc from prior titles in the series. Released to coincide with Halloween, players who sign up online will be able to play through a special campaign that consists of new remixed levels set around horror themes such as zombies and witches 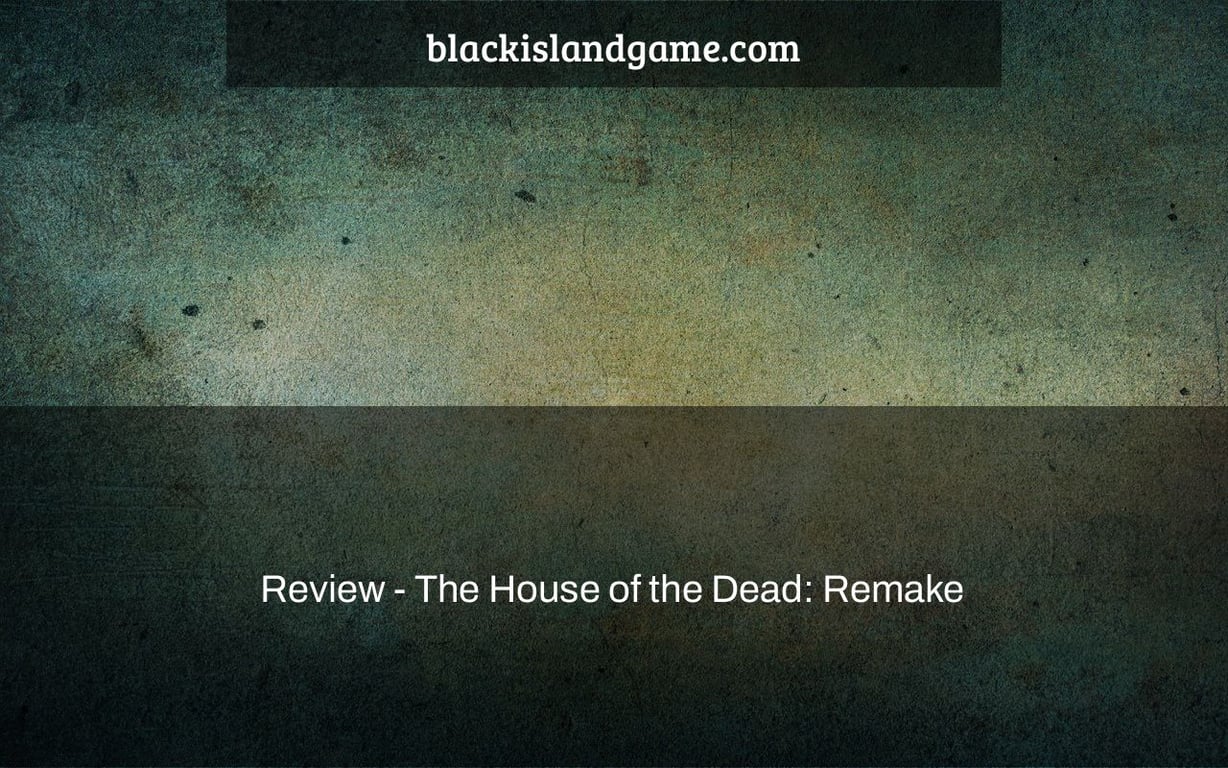 The announcement and release of The House of the Dead: Remake did not get the attention it deserved, in my opinion. I, for one, was overjoyed. I adore this ridiculous series, as I noted in my interview with the game’s designers, and I even bought a Wii for the express purpose of being able to play The House of the Dead at home without having to spend money on a Dreamcast, a light gun, a copy of HotD2, and a CRT screen. This brand-new entry is a recreation of the classic arcade and Sega Saturn game, which few people, including me, have played. Despite its flaws, I had a terrific time with it, despite the fact that most of them were things I expected from a game of this kind, especially given the cost limits.

It’s not quite as good as a light gun, but on a current system, it’s the best alternative.

Let’s start with the obvious (and most crucial) question: does The House of the Dead: Remake incorporate light gun gameplay like its arcade predecessors? Yes, in a way. The devs used the Joy-Cons’ gyro functionality to recreate the control and feel of a light gun, circumventing the limits imposed by the Switch, contemporary gaming in general, and current TV technology (remember, light guns only operate with CRT televisions). To put it another way, you can play this game on a giant TV screen with one Joy-Con in hand, pointing at the screen as if Nintendo’s small and cramp-inducing controller were a rifle. It works better than it sounds, although it isn’t without flaws.

It’s just absurd. It’s a little cheesy. It was just as I wanted it to be.

It doesn’t respond as quickly as it should. It’s like playing an early Wii game with the original Wii Remote, which isn’t Plus. At times, the crosshair goes berserk, and I’ve died a few times because the game decided to act on its own when it came to my aiming. Because the Joy-Cons are so tiny and light, it’s easy to lose track of where you’re pointing. The House of the Dead: Remake would have been a better match for VR platforms in this regard, since both the Oculus Quest and the PSVR feature controllers that are more suited for shooting gallery games like this. For example, there was that one Zombieland game that was much better than it ought to be, as well as Until Dawn: Rush of Blood.

Boss fights aren’t as tense as they seem.

It’s still a lot of fun to play with. I certainly did. Something about the franchise’s sheer cheesiness (let’s be honest, not a single House of the Dead game has ever felt polished) helped me overlook this flaw, as well as its presentation. The game isn’t very attractive, but it did seem better than anticipated, especially when compared to the terrible aesthetics featured in the game’s first announcement video, which was published more than a year ago. It has the feel of a PS3 game, with the same framerate troubles as the older PS3 games. At the same time, the adversary designs have received a lot of attention. There’s also a gallery where you can take a closer look at them. Surprisingly, the game also has a picture option, which is uncommon in a Switch release.

As predicted, the sound design is likewise pure cheese. It’s really terrible, but in a good manner. I’m hoping this was done on purpose in order to recreate the spirit of what made arcade games so memorable back in the day. The audio is similarly outrageous, although maybe a little too loud and badly mixed. Because the music was so loud that it overshadowed every other sound effect in the game, I could hardly pay attention to the amazing foolishness that was the voice acting at points.

An enemy gallery wasn’t necessary in this game, but I’m pleased the developers went out of their way to include one.

On Switch, The House of the Dead: Remake is now available.

The “house of the dead: remade reddit” is a game that has been released on PC and PlayStation 4. The game was developed by Sega in association with Atlus. Reference: house of the dead remake reddit.

Best Settings to Use in MLB The Show 22