PoE has an incredibly active and engaged community, with a subreddit that averages over 20k readers per month. The game is currently in its second year of full release and the developers recently announced their plans for 2019/2020.

The “poe siege of the atlas release date” is a game that is currently in open beta. It has been overhauled with an eye toward player freedom and features a new endgame. 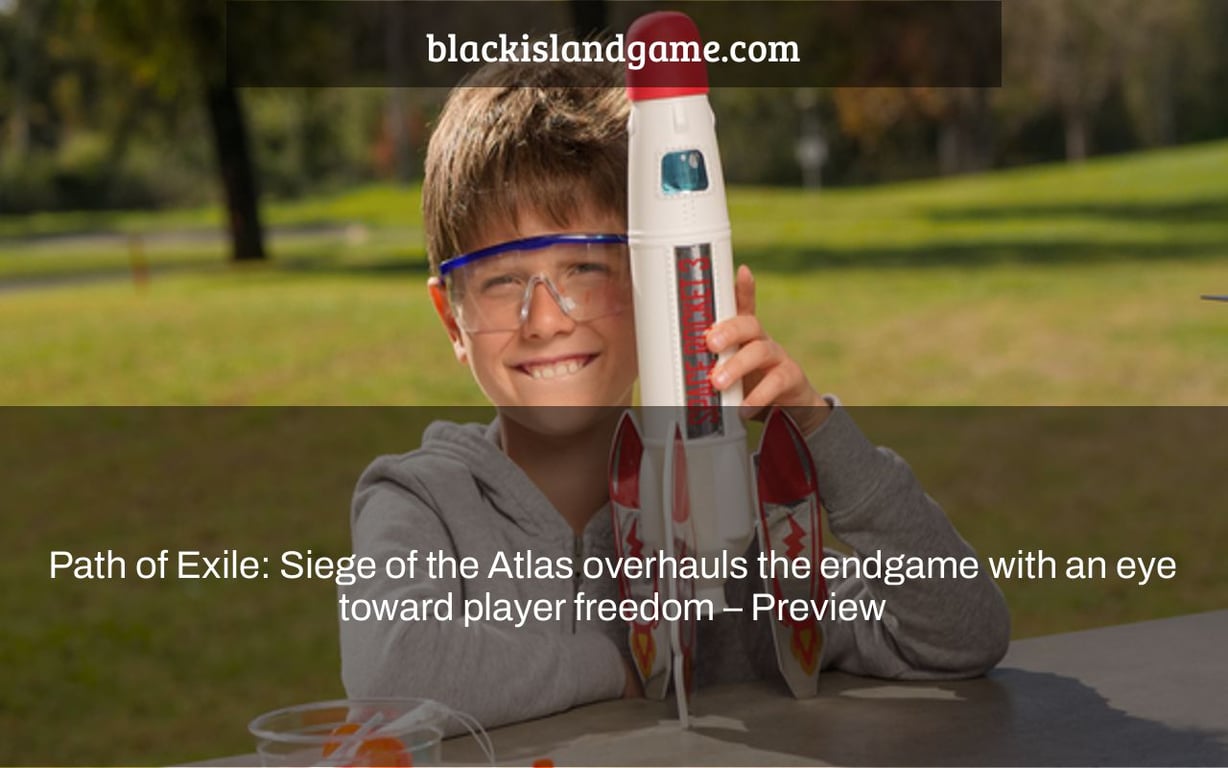 New challenge leagues are the lifeblood of Path of Exile, luring back longtime players with a variation on established gameplay, and bringing new players into the fold by starting everyone over with a blank slate. Expansions on the scale of the upcoming Siege of the Atlas, though, only come once every few years. And each new one represents a kind of reevaluation of where things stand with Path of Exile, as well as where the team at Grinding Gear Games thinks it should be heading. In a recent press event, which featured an early look at the 3.17 trailer and a Q&A session with Path of Exile founder Chris Wilson, we got a look at the direction Siege of the Atlas might take things.

Players will face a pair of Eldritch creatures in Siege of the Atlas, which will be released on February 4th. The Searing Exarch and The Eater of Worlds, two new Pinnacle monsters, are seeking to eat all of Wraeclast by invading the Atlas. Naturally, it’s up to you to track them down over a variety of levels, battling sub-bosses and their hazardous influence in the process. Reworks, balancing adjustments, and new features are all there, as anticipated. However, an overarching pattern seems to emerge from the separate pieces: extend the ways in which players may play the game, and give them that flexibility early in the expansion material. Here are a few of the adjustments that will help us get there.

The ancient Atlas Passive Tree has vanished, along with its cordoned-off parts. An totally open revised Passive Tree has taken its place. The goal is to provide players additional alternatives, not just in terms of where their trip through the huge collection of 600 (!) Passives will conclude, but also in terms of how they’ll get there. This implies that players should feel more free to make decisions early in the new endgame.

For the first time, players who take on Siege of the Atlas’ most difficult challenges will be able to distribute Ascendancy abilities from various Ascendancy classes. This won’t be simple, since collecting both halves of a legendary gem — one from each of the two new Pinnacle Bosses — is required. Not only that, but both half must apply to the same Ascendancy skill in the player’s overarching class. It’s not nearly as good as the newly published Nobody Saves the World, but it does allow for some interesting build mashups.

Of course, allowing a diversity of builds to flourish doesn’t just come down to making them available. Many players will only be encouraged to use builds if they’re powerful enough to be competitive. Most of the dirty work here will come down to balance changes. For specifics, players can look to the recently released Balance Manifesto, which offers up a good idea of what adjustments GGG thinks are most important to implement in Siege of the Atlas. Although there wasn’t a big focus on balance changes in the presentation or Q&A session, Wilson did emphasize one thing: the adjustments trend heavily in the direction of buffs rather than nerfs.

There’s also the new Archnemesis League to take into account. Although the introduction of the expansion may have obscured this, it’s worth noting that new leagues typically decide how engaged many gamers will stay on a month-to-month basis. According to Wilson, one of the key goals of the Archnemesis League is to keep things simple in order to compensate for the complexity of the new expansion material.

At first sight, this seems to be the case, at least in terms of Path of Exile. The game’s mechanics include locating petrified creatures around each region, selecting a modifier to apply to them, and then defeating them to get a prize. On the surface, it’s immediately clear, yet there are still some levels of complexity here. The modifications and rewards stack every area, and with four petrified monsters to battle in each, the task will frequently come down to balancing the risks and benefits of each modifier you choose.

Without having played any of it, it’s difficult to say for sure, but Siege of the Atlas looks to be offering Path of Exile players greater flexibility over how they play the game without abandoning the game’s signature meticulous decision-making. All of this is, of course, nothing new for GGG. While continuing to enhance the experience in significant ways, the studio has regularly (and often) implemented improvements that strike a healthy middle ground between community input and its own vision. It’s one of the main reasons why Path of Exile has long been considered the gold standard in its genre. And if Siege of the Atlas goes according to plan, that appears to be the case.