Final Space VR: The Rescue is the newest game from Rooster Teeth. It’s set in outer space and features a protagonist by the name of Gary who’s trying to find his way back home after being thrown off into deep space, with nothing but an oxygen tank and a couple scraps of metal for company. 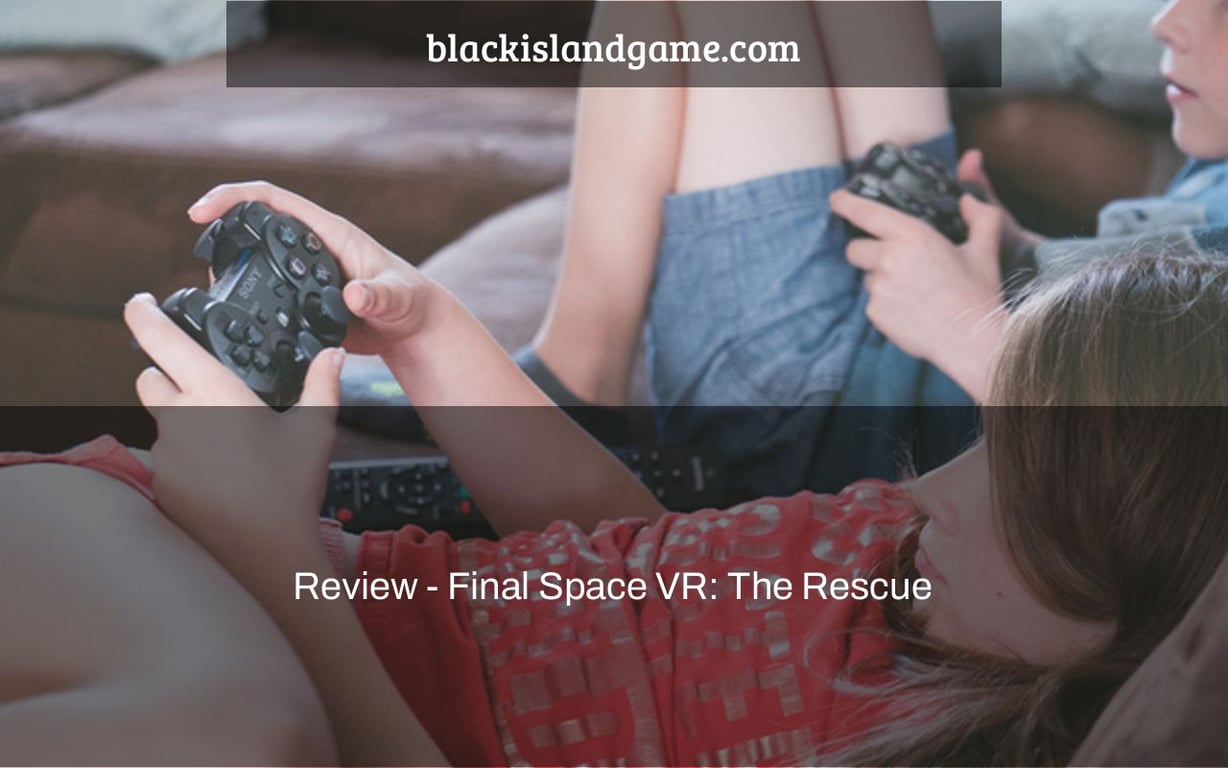 Final Space is another another victim of Netflix’s presently illogical strategy to deciding whether series should be maintained on the air or deleted without reason. It’s a pity, since there was a lot to admire in this sci-fi comedy with a lovely visual style, hilarious characters, and a ton of voice talent, including David Tennant of all people. At the very least, there is a fresh new Final Space game out in the world, which is a modest silver lining for fans. Sure, Final Space VR: The Rescue is a virtual reality-only game (surprise), but that has to count for something, right?

These foes are almost endearing. It’s annoying as heck, but it’s still cute.

Final Space VR: The Rescue gets off to a fantastic start. A completely new narrative based in the lovely world of the franchise? Check. Graphics that reminded me of the program, but in a Rick and Morty: Virtual Rick-ality kind of way? Check. There’s a lot of voice acting, not only from the major characters, but also from the goons and other minor characters? Check. Finally, how about the fact that it’s a VR first-person shooter, similar to Doom VFR? Absolutely. Everything seemed to be in place for Final Space VR: The Rescue to be a success in theory. In actuality, the result was rather different…

It’s not that Final Space VR is a horrible game; it’s just that it was a victim of its own low budget and scope. This is a classic first-person shooter, similar to Doom VFR or Farpoint, in which you may freely move about the map and shoot goons while avoiding being shot. So far, everything has gone well, right? Shooting adversaries is enjoyable since your weapons are powerful. They also have endless ammo: all you have to do is hit the relevant button at the right moment to reload it quickly.

You may use two different weapons at the same time, but your accuracy will suffer as a result.

The concept is fantastic, but the gameplay loop isn’t. For begin, your character travels at an excruciatingly sluggish rate regardless of whatever control scheme you choose (standard or comfort). You’re much too sluggish, and every single foe has little trouble catching up to you. It’s very difficult to evade laser blasts, and you’ll be continually assaulted from behind by an attacker who will always be quicker than you.

Worse still, the level design is quite repetitious. Almost every level in the game is made up of a succession of straight passages where you’ll be bombarded with exposition, followed by arena-like areas where you’ll be charged with killing swarms of opponents until the game tells you to quit. Because Final Space VR supports online co-op, things get a lot more interesting (and enjoyable) when you play the campaign with a few pals, but tackling it alone becomes a chore fairly soon. There’s nothing wrong with an FPS consisting only of arenas and hallways (just look at previous Halo games), but this one lacks diversity due to its limited scope.

Unless you’re armed with two shotguns. When your blast radius is that large, why needs accuracy?

Final Space VR: The Rescue isn’t a horrible VR shooter; it’s simply one that suffers from its low budget and limited scope. It features strong shooting mechanics and a lot of charm from the show, but it has monotonous fighting sequences and uninteresting locations. With that stated, if you can find a few pals who are eager to play online co-op with you, it can be a lot of fun. That’s the one bright spot in what is generally a mediocre shooter.

On PCVR and Oculus Quest, Final Space VR: The Rescue is now available.

The publisher donated a copy of Final Space VR: The Rescue.

Pokémon Legends Arceus – A New Beginning In The Series?