Intel’s next-generation high-end desktop “Raptor Lake” CPU is being leaked, showing increased cache sizes of up to 68 MB. The new processor will be part of the 2019 Intel Core lineup and will make its debut on January 20th 2020.

The “intel 13th gen leaks” is a leak that suggests that the cache size of the upcoming Intel Core “Raptor Lake” desktop CPU will be increased from 6 MB to 68 MB. The leak also suggests that the core count will remain at 8 cores, but with higher clock speeds. 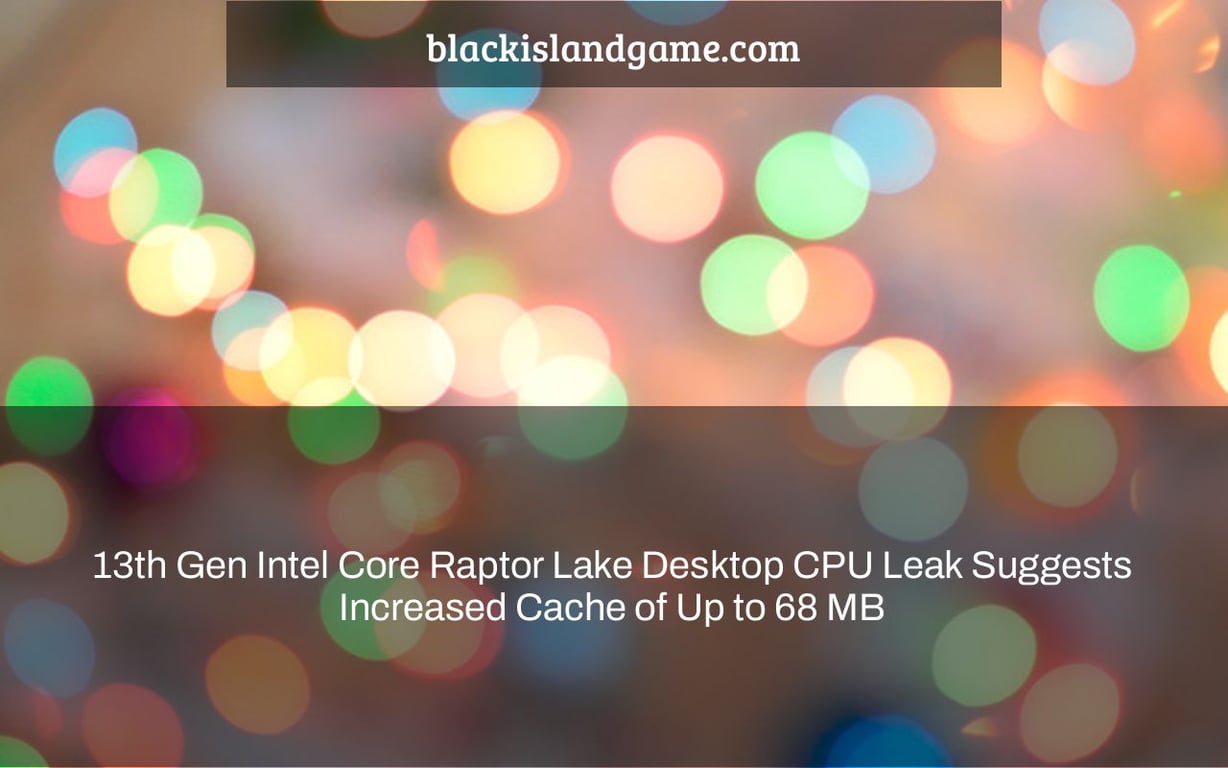 In April, AMD announced the Ryzen 7 5800X3D CPU, a special Zen 3 SKU that offers “maximum gaming performance” owing to a 96 MB L3 cache, triple that of its ordinary 5800X cousin. According to new CPU-Z photos supplied by leaker OneRaichu today, Intel is making a similar move for its next-generation 13th Gen Core “Raptor Lake” CPUs, with numbers showing that a Core i9-13900K CPU would have a total cache of up to 68 MB. This is a major improvement over the existing Alder Lake flagships, which feature just 14 MB of total L2 cache as part of their specs. Raptor Lake chips, according to previous speculations, would have 55 percent larger cache for enhanced performance.

OneRaichu is the source of this information (via Wccftech)

The first trailer for She-Hulk: Attorney at Law has been released by Marvel Studios.

Water Blocks for the NVIDIA GeForce RTX 3090 Ti may be compatible with the GeForce RTX 4090 Ti.

NVIDIA is working on a GeForce GTX 1630 graphics card to compete with AMD’s Radeon RX 6400 in the low-end GPU market, according to a report.

The “intel raptor lake specs” is a leak that suggests Intel will release a 13th Gen Core desktop CPU with increased cache of up to 68 MB. The leak also suggests that the processor will be able to use DDR4-2666 RAM.